"Something Scary Something Pretty" is an ongoing investigation of the landscape of anxiety in the United States of America. This project asserts the Vietnam War as the start of the decline of the American Dream, which followed the progress and prowess afforded by World War II and the Korean War. I argue that the trauma of the Vietnam War has persists through today, albeit in different forms of horror. This project attempts to connect similarities TRAUMA, using it as a medium to connect fragmented memories, and visualize the connections by appropriating "scary" and "pretty" icons of the past half-century. The project draws from representation techniques employed by DADA artists such as Max Ernst. This ambitious project attempts to address expectations, masculinity, beauty, pain, youth, death, and other artifacts of war that persist into peacetime. Ultimately, the author hopes, that this atypical approach to 'landscape' yields to a critical examination of the normative practices of landscape architecture.
(Note: Limiting the source of a national identity into trauma, and that of a single series of wars, is extremely narrow-focused. I recognize that but through research came to believe that it is an appropriate abstraction and a model of trauma to explore. I also recognize that trauma can be caused by incidents and events outside of war in other forms of physical or non-physical violence.)

CONTEXT
This project began with a simple inquiry: why is there pink paint on the streets of Knoxville? My project first looked into the Dogwood Trail that started in 1955 and its use of plant material to beautify "the ugliest city in America" and the heritage of garden clubs in America. However, a very timely first-time viewing of Stanley Kubrick's Full Metal Jacket (1987) interrupted the peace and reveled the absence of war in the history of the dogwood trail. Further investigation lead to the strong theme of trauma and its persistence. Trauma is a multigenerational phenomena that affects not only the first generation of victims, but consequent generations through socialization and exposure. 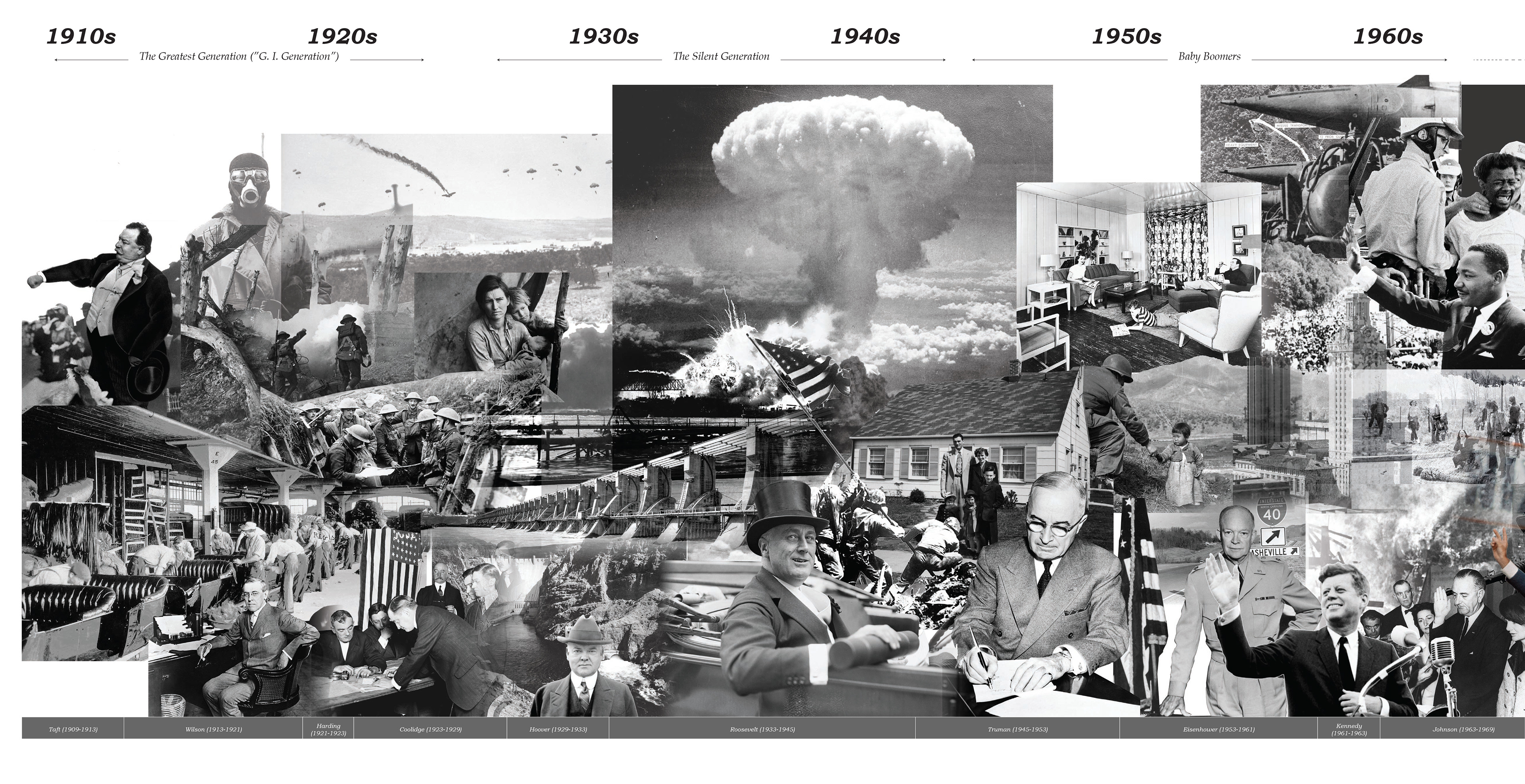 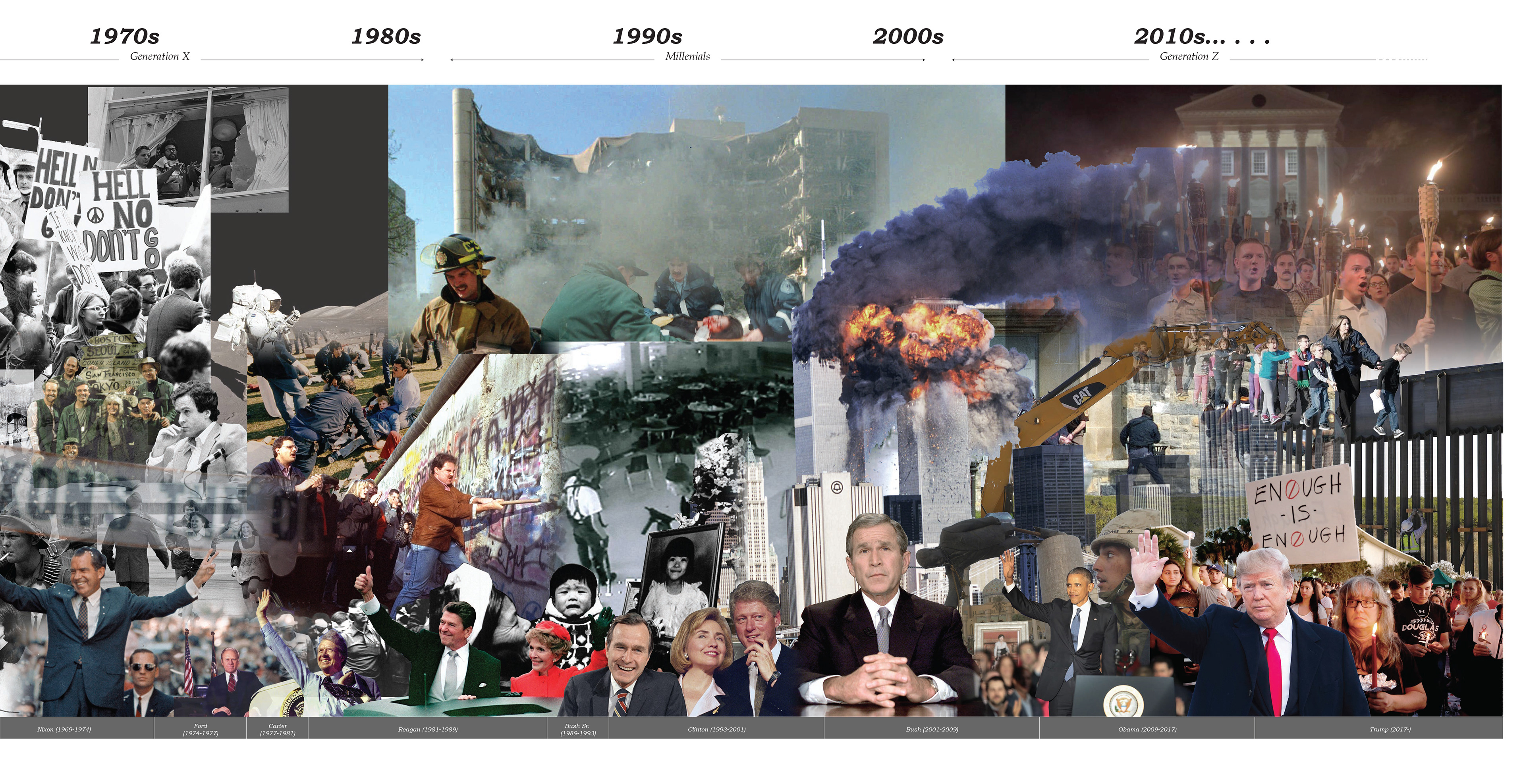 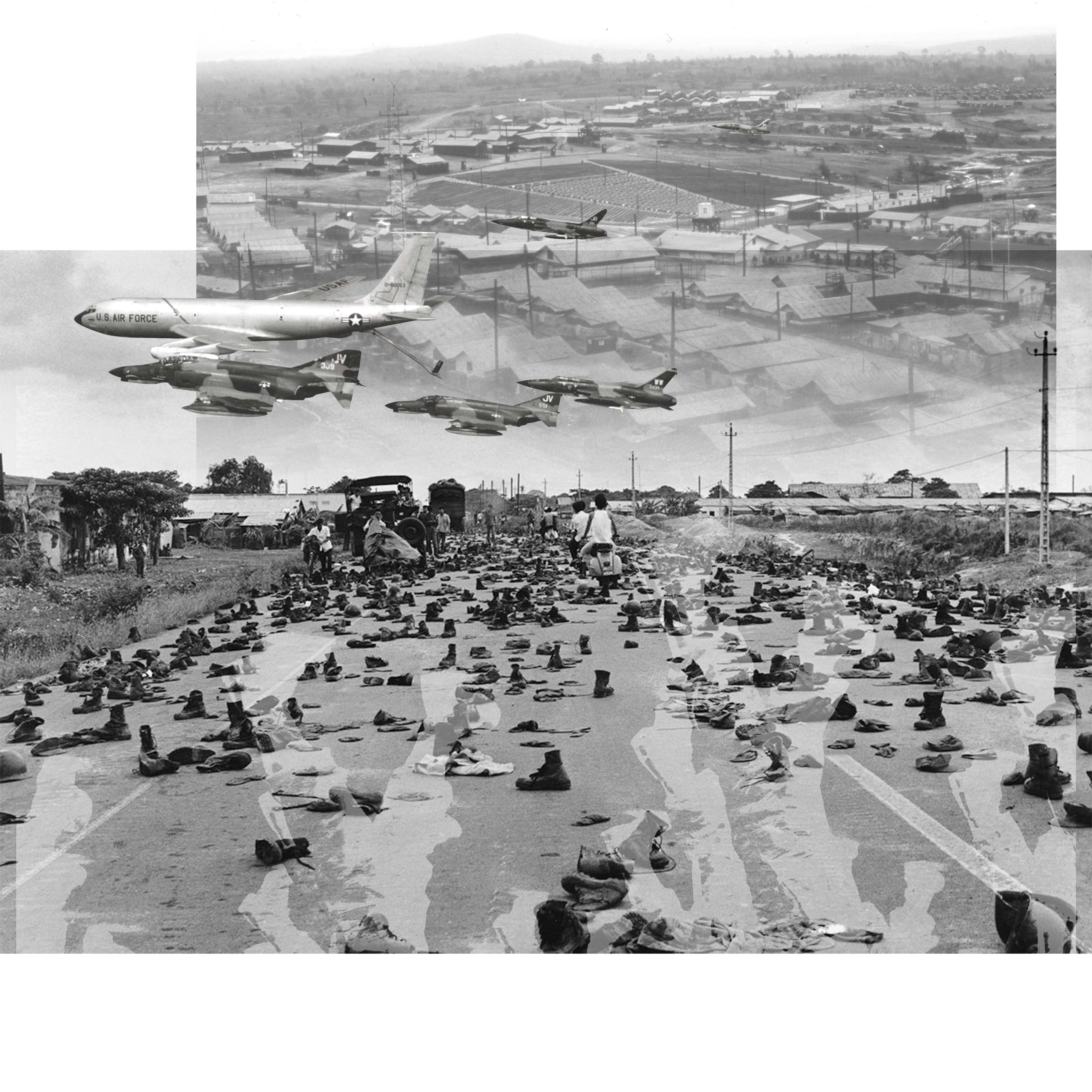 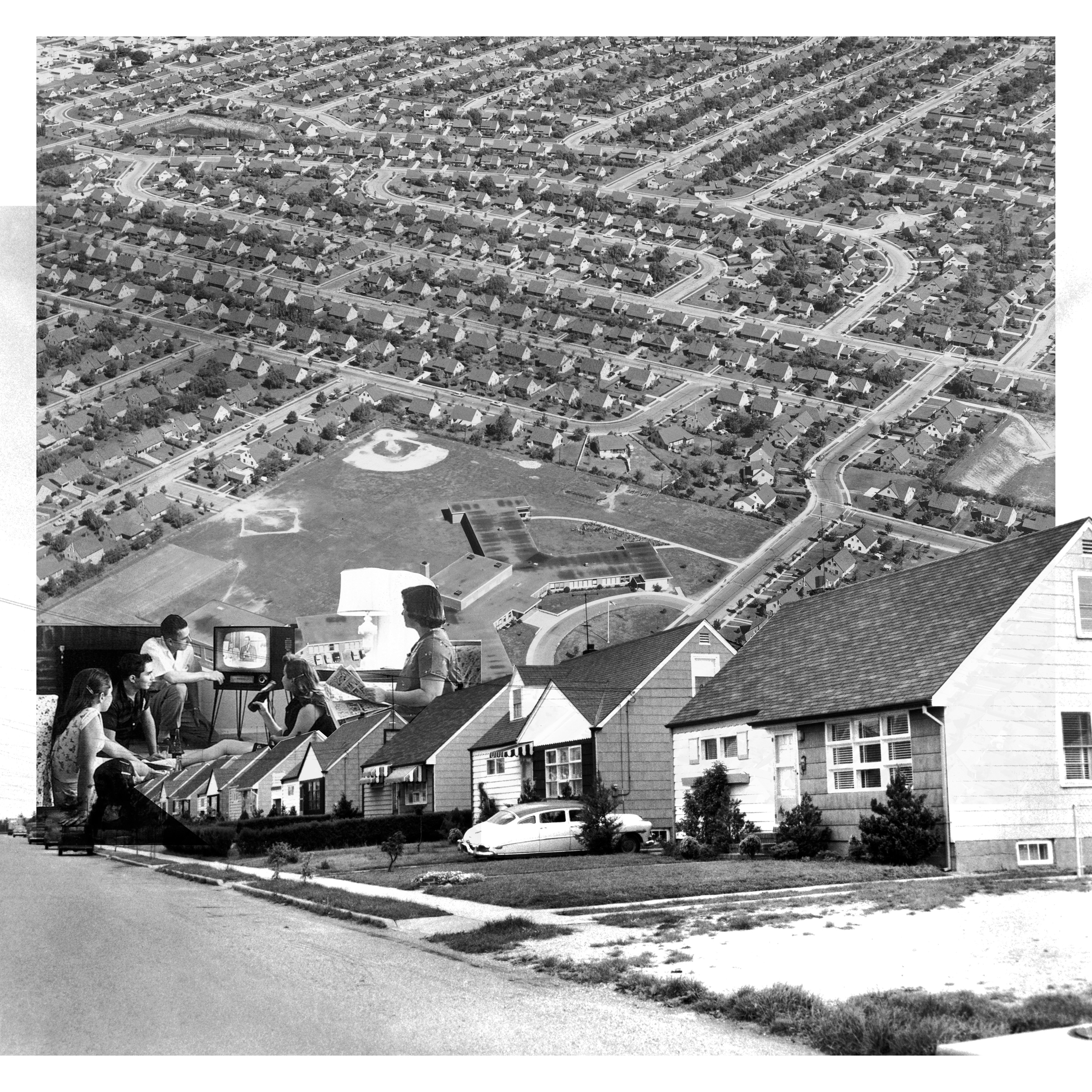 THE DOMESTIC AND THE FARAWAY
What were the parallels between war and dogwoods? The iconic culture of a suburban domestic life set in alongside wars in which the US was deeply involved. This video essay juxtaposes moving pictures and sound from the Vietnam War era: one about planting and one about war.
HISTORY + MEMORY PORTRAITS
My (current) conclusion to the historic narrative research was that the WAR of twentieth century had greatly influenced and scarred the American consciousness and identity. I continue to argue that the Vietnam war, where the glory of fathers and the defeat of sons coincided, was the turning point for BOYHOOD turning into an everlasting TRAUMA - one that persists through today through victims of WAR. 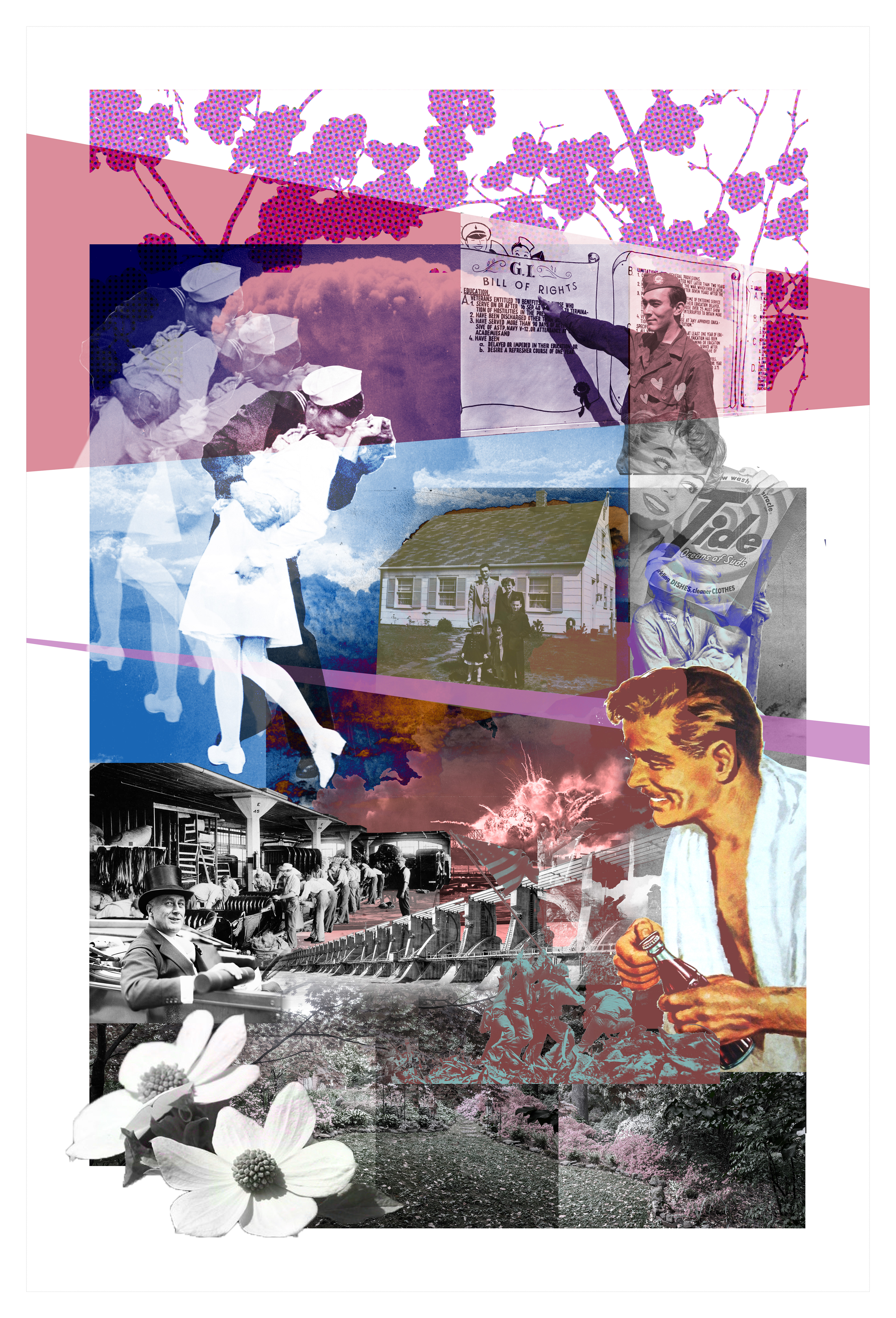 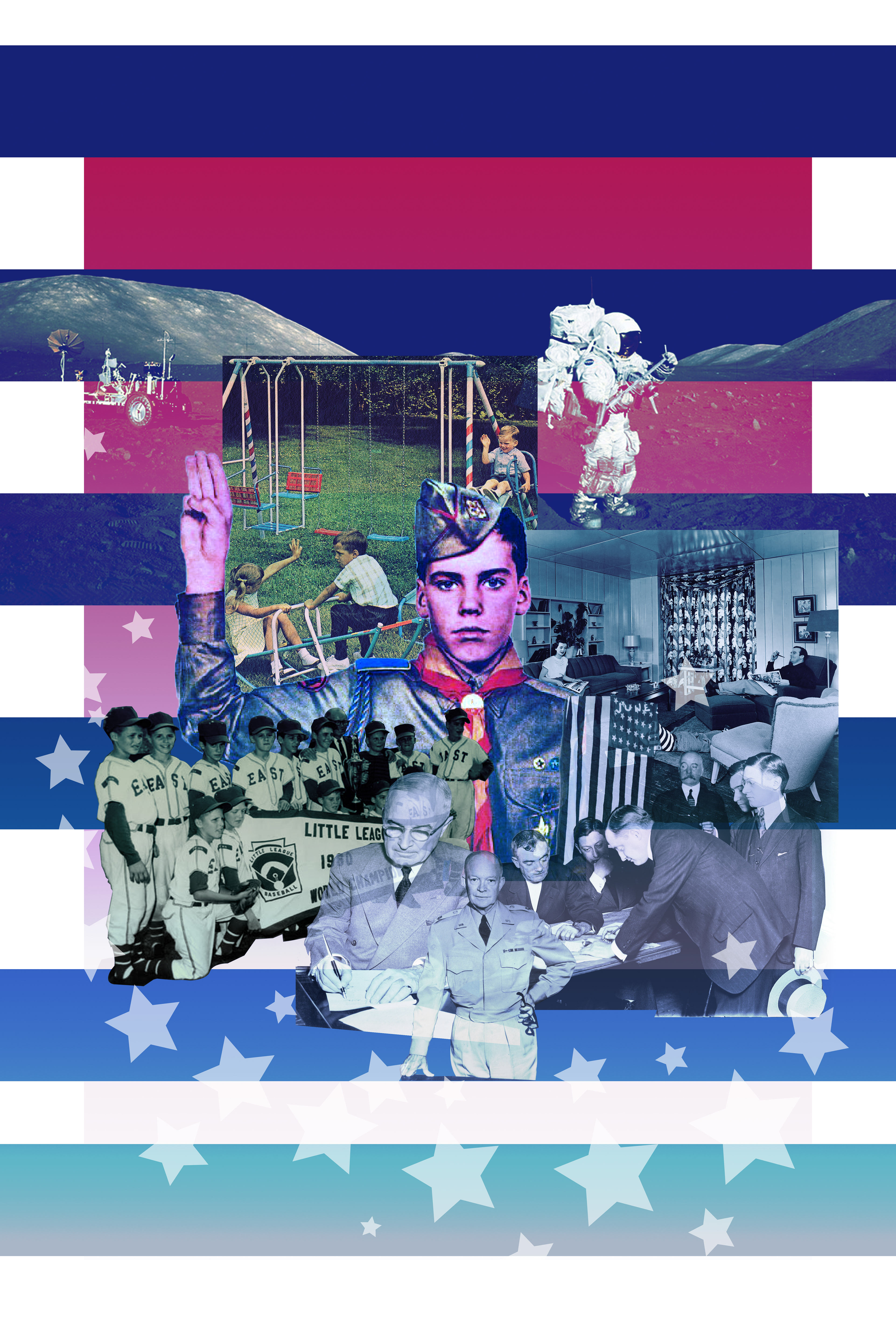 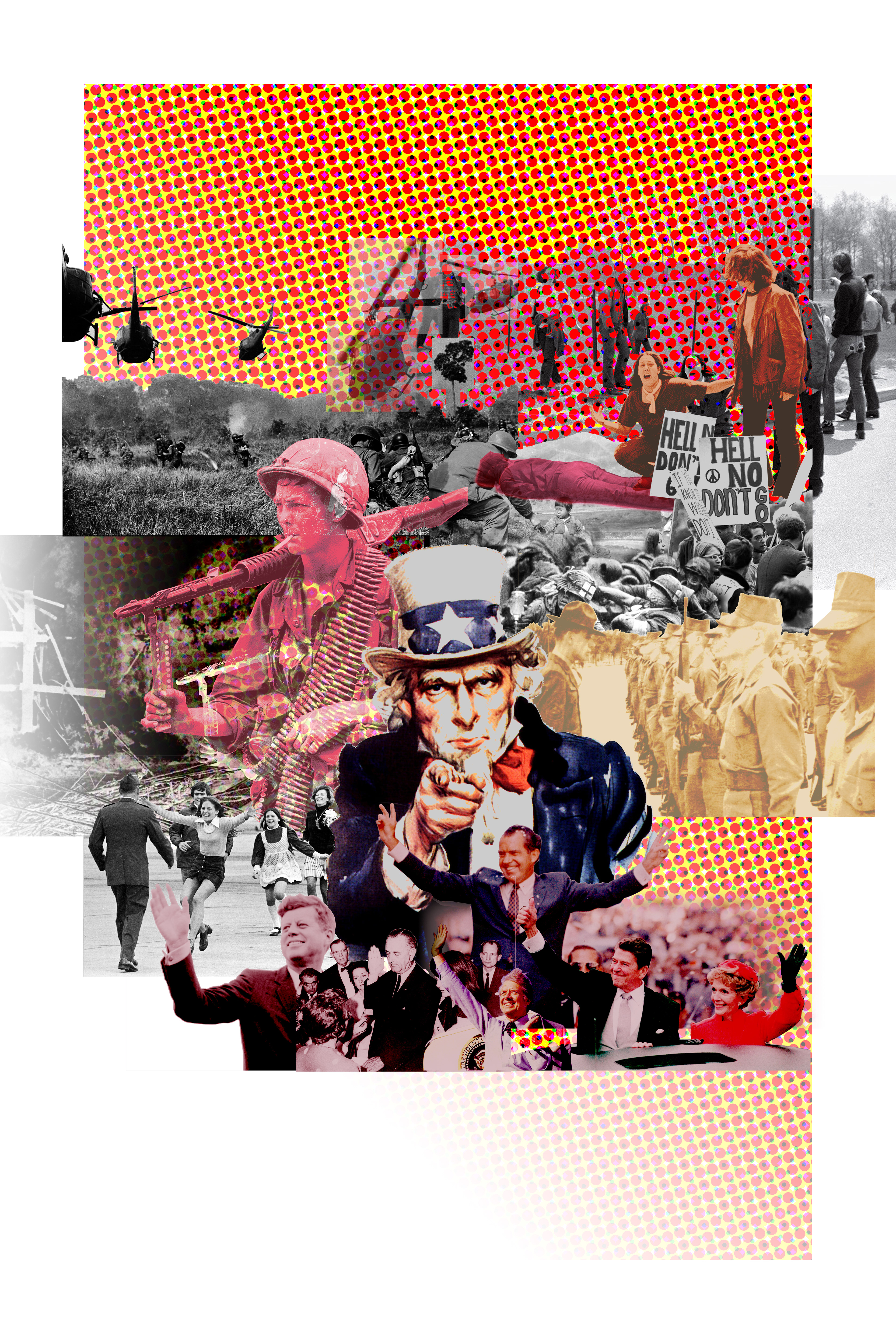 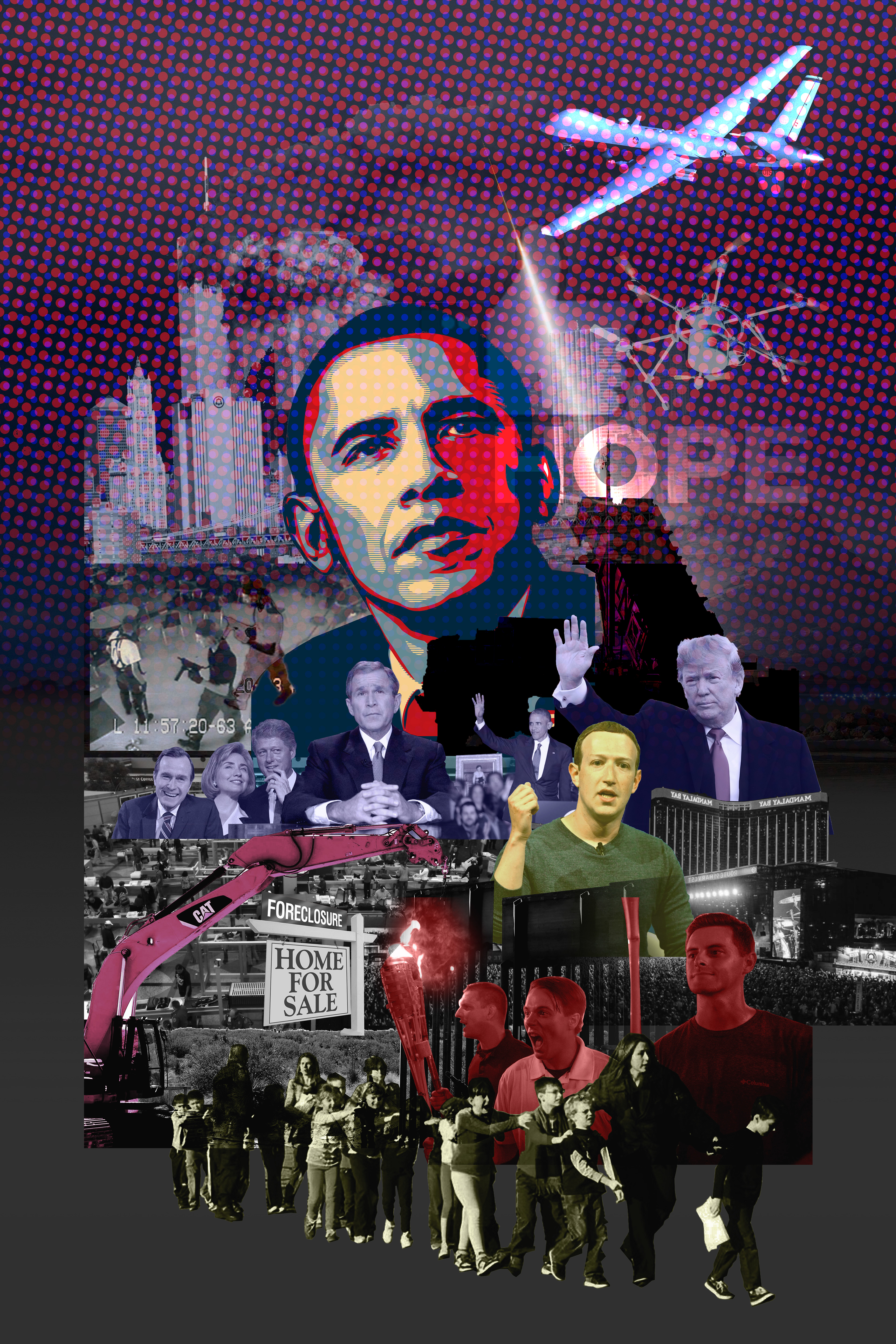 These collages of historic and current images, all representing the direct incidents they originate from, meld into evocations of pride and fear, shame and hesitation for the future. From the more 'realistic' depictions of the history portraits, I identify TRAUAMA, as the product of war, as the driver for the contemporary landscape of america.
DADA VIGNETTES:
THE ANATOMICAL THEATER & BURIAL // PREVENTION // MEMORIAL
Trauma is an powerful negative event. Because of its acute nature, it remains a fragment in experience. If that fragment is left uncategorized, trauma can manifest into a recurring condition. Post-Traumatic Stress Disorder (PTSD) labels a condition where an individual has recurring events of stress responses. Symptoms typically include a regressed reaction to stress - e.g. tantrums, rather than thought out responses - that remove the individual from the reality they are situated in.
War has historically been a masculine activity. Male members of DADA all grappled with the idea of the male psyche and masculinity. This short tangent into the psychosomatic effects of war, and therefore masculinity, resulted in a short flirtation with the anatomical theater. The world, as presented through the controversial CONSIDER YOUR MANCARD REISSUED advertisement, is obstructed by men depicted by Eadweard Muybridge in Animal Locomotive. The baby doctor Nicolaes Tulp stands directly before us, and the men in motion, to give an anatomical lesson.

These collage vignettes borrow the visual languages of DADA artists Max Ernst and Francis Bacon. Both artists experienced World War I and World War II and express their experiences of pain through art. This visualization technique departs significantly from the normative practices of landscape architecture. I juxtapose images of children - all friends of baby doctor Nicolaes Tulp, representing innocence and regression - with textureless icons to create three scenarios, all a response to the landscape of trauma. 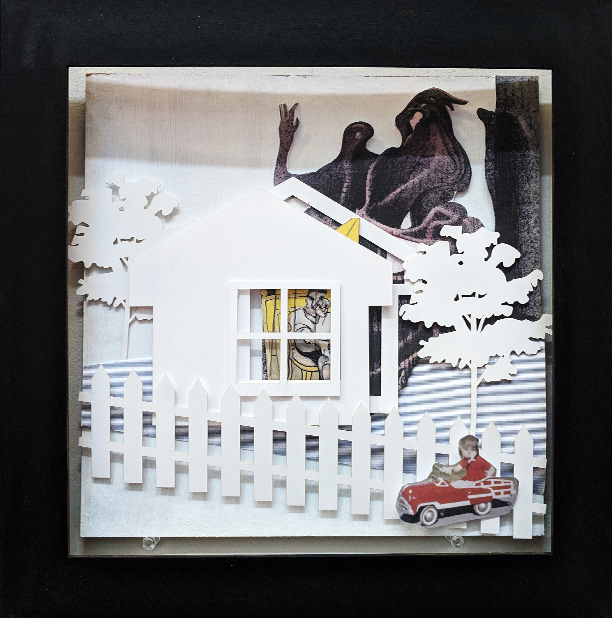 BURIAL – like the suburbs after World War II, spaces are erected without any regard to the trauma that occurred. 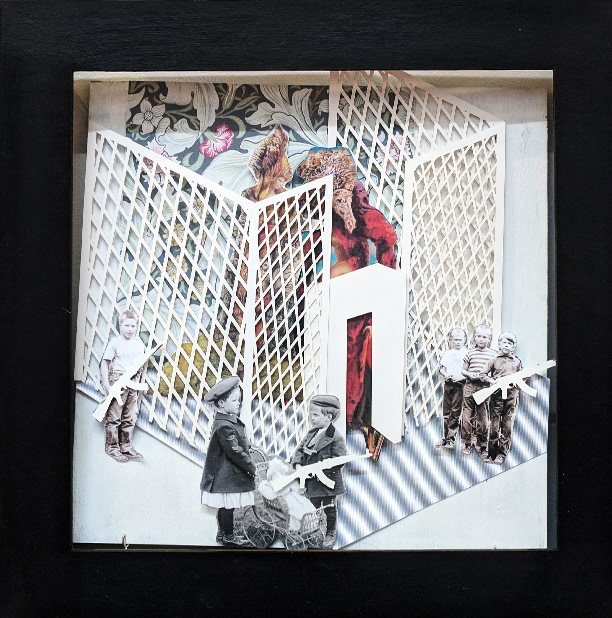 PREVENTION – like airports after 9/11 and schools after school shootings, fences, metal detectors, security … various deterrents are deployed while maintaining the anxiety of prevention, wanting the event to never occur again. 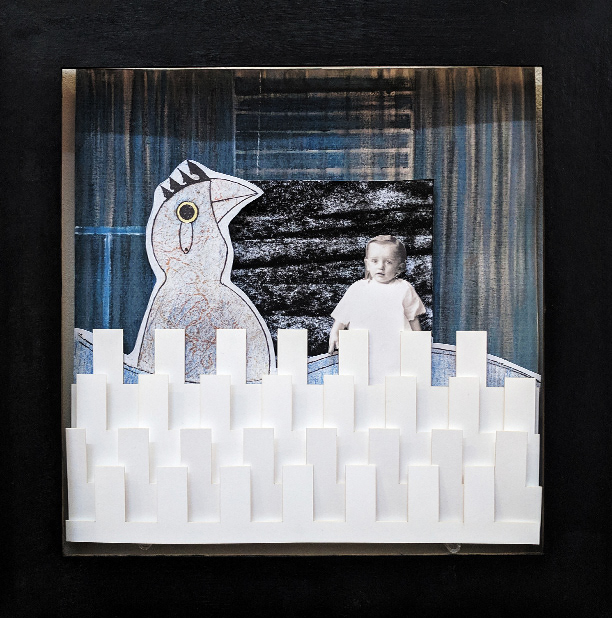 MEMORIAL – like National Cemeteries, these spaces recognize the tragedy but offer a very static location to memorialize the lost.

SPATIALIZATION: CREATING SPACES OF/FOR TRAUMA
(description in progress)
To bring together my infantile cast members (feat. doctor baby Nicolaes Tulp) to mediate the memories of Vietnam, I introduce them into three physical spaces that Vietnam soldiers experienced. The bootcamp, where the boys learned about combat and prepared for fear; the strategic hamlet, which was introduced to rehabilitate the people of vietnam through the work and instruction of the boys, and then the suburb - whether their mothers and wives awaited them to life a happy cul-de-sac life...

MISSING: A LANDSCAPE FOR TRAUMA
Time limit to the studio and my inexperience as a designer halted this project, but its themes and findings are still recognized in my practice. I also sense that violence and trauma - whether inflicted by war or something similarly acute - is still prevalent in domestic life, especially in schools where children are. This project is, in many ways, an ongoing one that I intent to focus on in the future.

We Made The Mistakes

Wildland Urban Interface in Tennessee
↑Back to Top